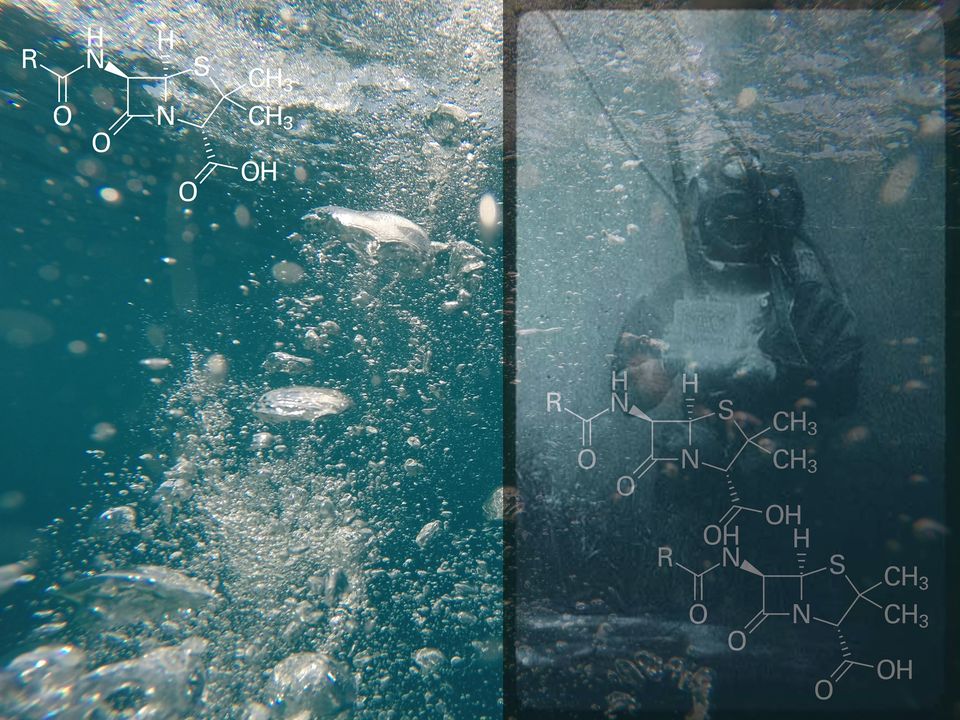 Artists and researchers Robertina Šebjanič (Ljubljana) and Gjino Šutić (Zagreb/Dubrovnik) will present the aqua_forensic artist book and hold a lecture on the subject of invisible water pollution. Joining Šebjanič and Šutić at the event will be special guest Veronika Liebl, the head of residency programmes at the Ars Electronica festival.

Liebl will present diverse activities of the Ars Electronica festival and introduce the residency programme including EMAP/EMARE in frames of which the aqua_forensic project was produced. She will speak about citizen science and its importance in raising public awareness about important issues. Her activities are mainly focused on artistic and scientific collaborations and she has initiated and led several large-scale initiatives and partnerships.

Artists and researchers Robertina Šebjanič and Gjino Šutić will present the artist book, its research background within the artist-in-residence programme in Linz and Dubrovnik, and the development of the aqua_forensic project.

Šebjanič & Šutić’s aqua_forensic project illuminates and reflects upon the invisible anthropogenic pollutants–heavy metals, oils, antibiotics, leftovers of phytopharmaceutical products, residues of industrial production and human consumption–in the world’s water habitats and strives to open up a discussion on the subject of human empathy towards (sub)aquatic habitats. The project raises questions of aquaforming in the period of the Anthropocene and of the human imprint on the waters. But more than that, the artists raise the crucial question: How do the oceans feel our impact?

Since 2018 the aqua_forensic project has been exhibited / presented: Ars Electronica Festival in Linz; WRO Biennale in Wroclaw; Mirage Festival in Lyon, Impact in Utrecht; GOGBOT in Enschede; Švicarija in Ljubljana; Ars Electronica Export @ DRIVE in Berlin, and Bandits-Mages in Bourges.

More:
aqua_forensic
With:
Supported by: