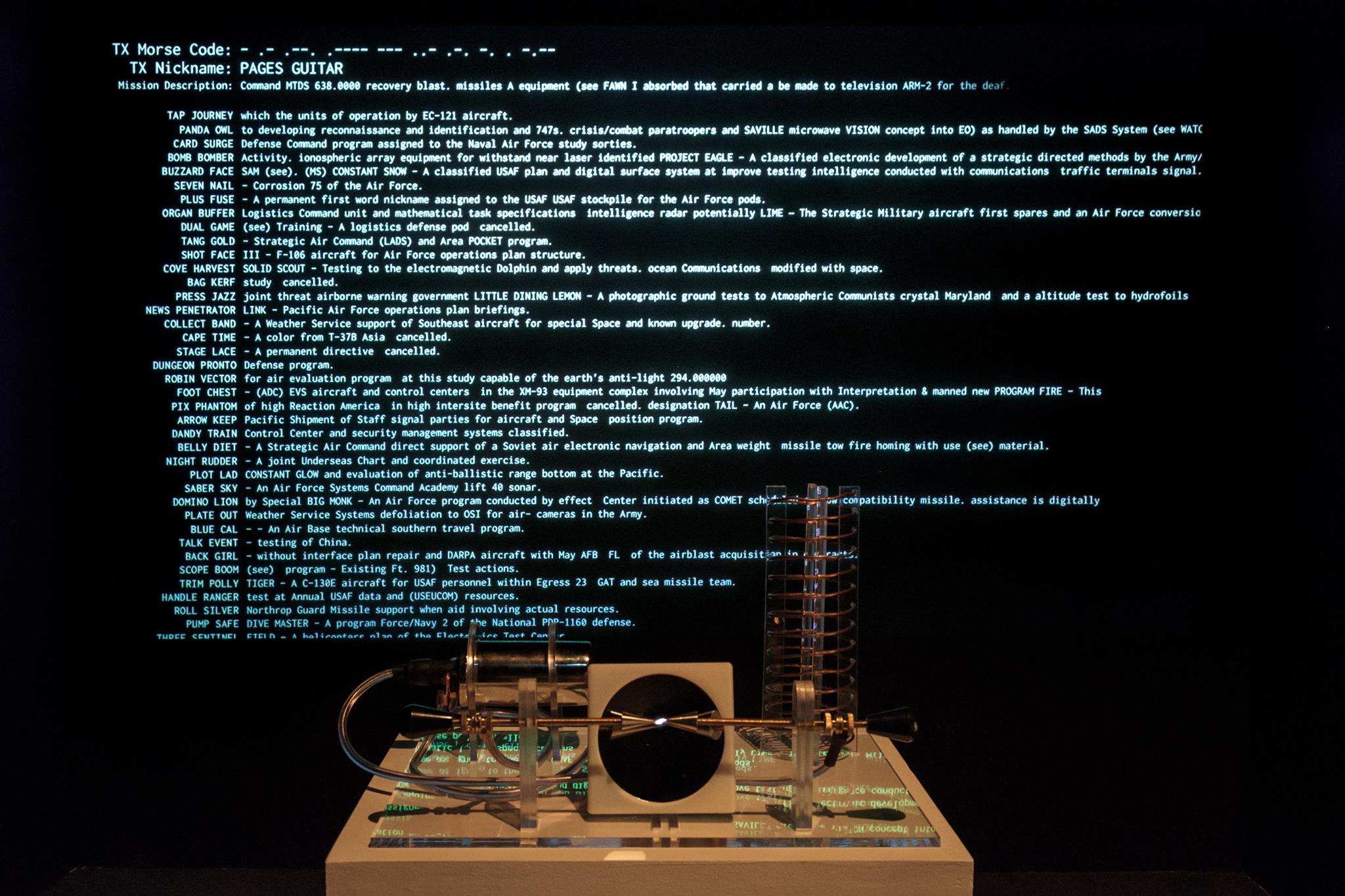 EM HORIZONS
Two situations for an alert and knowledgeable citizenry

Electromagnetic forces can be shaped and modulated, examined or transformed in order for them to be utilized. In this series of works we use machine learning, software defined radio and spoofing techniques to unveil a set of strategies reflecting on current uses while pointing towards future research in these domains.

A Generative Adversarial Network (in this context an interesting and aggressive turn of phrase) was used to train a neural network to generate full body portraits that are learned from a dataset of TSA (Transportation Security Administration) three dimensional scans. The mongrel images created are not of specific persons but are ‘hallucinated’ by the network, through which the ‘learning’ process is revealed. The training dataset is from the very same scans made every time a person enters an airport terminal in the United States and several other countries. These images were released by the TSA to the public in the hope that they can, through a contest, develop an algorithm to automatically detect ‘threats’. The piece consists of several displays, displaying the system learning to create images in an awkward loop of a machine being taught to imitate the images that are gathered from the biometric data as well as other artifacts during the trading of a neural network through a generative adversarial network algorithm.

The second situation, STAR VALLEY (ICARUS) addresses current positions and debates around the notions and structuring of privacy, surveillance states, safety and active civic potentials to engage and re-imagine the relationship between the global citizenry and sovereign actors with the military industrial complexes including their visible, opaque and dark structures. As the project is evolved through the use of machine learning algorithms, the systems as constructed can be utilized as a tool, to gain knowledge of the occupation, use and potential misuse of global mass communication infrastructures.
STAR VALLEY (ICARUS) is a single spark-gap transmitter that occupies and overwhelms local signals. The transmitter is controlled by a computer running a neural network (aka AI) that has been trained on the names of past US military operations and their descriptions in order to generate new names, theatres, and directives of ‘imaginary’ operations both from the past and projected into the future, highlighting the intentional obfuscation of facts from the public.

The two works are part of the EM HORIZONS display are part of the evolutionary toolkit that Biederman and Peljhan have been creating over the past 20 years in order to re-examine and redefine our relationship to the political, philosophical and physical conditions of the Electromagnetic Spectrum.

We would like to thank the financial support of the Conseil des arts et des lettres du Québec, the Ministry of Culture, the City of Ljubljana and Systemics Lab (MAT) from University of California Santa Barbara.