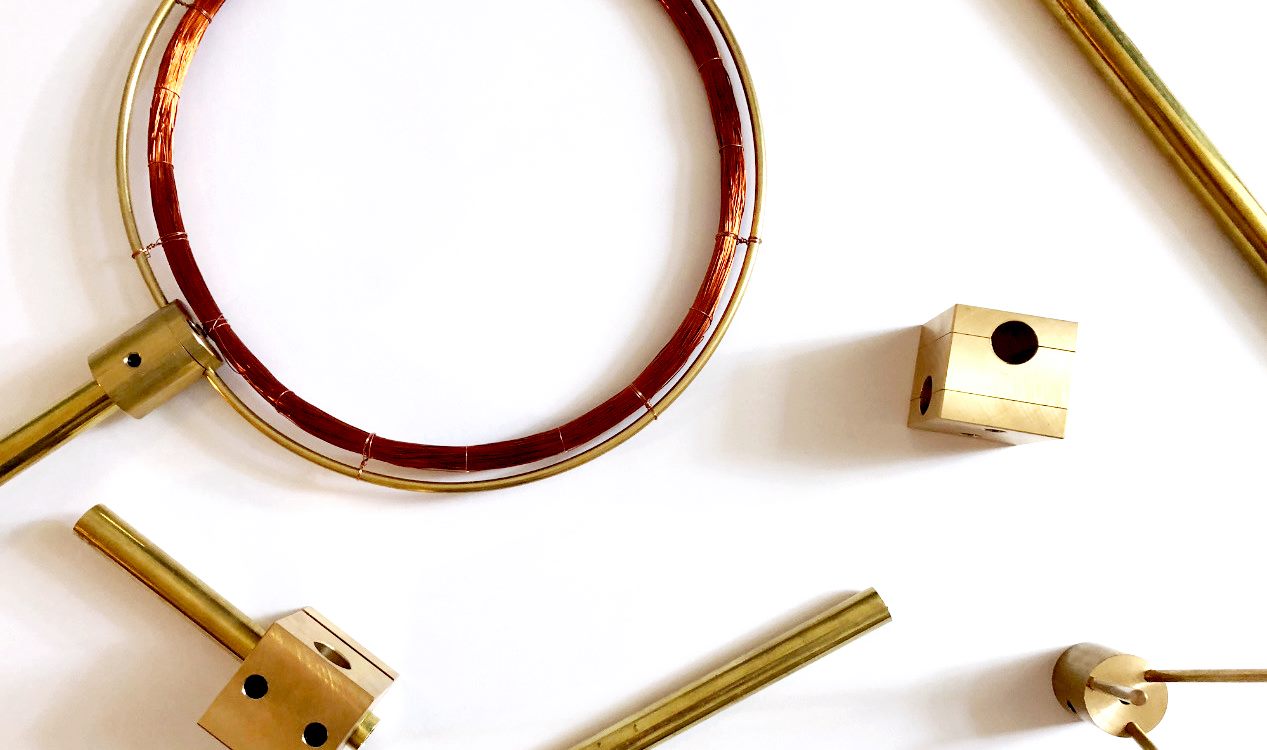 Among experts, there is no denying that sound and touch are correlated. Some even suggest that the ear evolved out of the skin in order to perform a more finely tuned analysis of sound frequencies. Although the two senses are ostensibly separate, our brain usually combines them into one simultaneous source of information. Both senses co-act and interact to such an extent that, for example, a surface feels rougher if there is an accompanying sound with a higher pitch, meaning that both senses combined make any interaction more comprehensive.

While the first chapter of ‘Acts of Polarity’ explores to what extent we as individuals ‘sculpt the space’ as is implied by the theory of sound, this chapter explores to what extent someone else's presence affects our behaviour, and to what extent our actions and reactions are voluntary or involuntary, censored or uncensored, when two persons act in some sort of altruistic and reciprocal manner. For this concept to function, two participants are needed. On one side of the installation, we have a receiver that detects the first participant’s presence, and, depending on the proximity of the latter, a transmitter on the other side emits varying pulses to the other participant.

Consider this quote by Pascal Quignard. “To hear is to be touched from afar. Rhythm is linked to vibration. That is how music creates an involuntary intimacy between juxtaposed bodies.”
By virtue of capacitance, all matter carries an ‘electric charge’. If we transform it into sound and touch, as this device does, we confront a few questions: How does another one's presence create an involuntary intimacy between two bodies? And to what extent are our actions and reactions voluntary or involuntary in the presence of someone else, when we engage in an interaction, considering that the latter, as any human behaviour, consists of a series of actions performed according to a prescribed order, i.e. ritual?

Further on, let us continue with the following excerpt from the essay ‘The Gender of Sound’ by Anne Carson. ‘’Every sound we make is a bit of autobiography. It has a totally private interior, yet its trajectory is public. A piece of inside projected to the outside. The censorship of such projections is a task of patriarchal culture that (as we have seen) divides humanity into two species: those who can censor themselves and those who cannot.’’ This is where the graphic module between the participants comes into play. It visualises the sound/touch experience that was produced by the interaction between the two parties. It transforms the 3D scope of the sonorous object’s movement, which is felt and heard via the ceramic component, into a 2D visualisation. Moreover, the graphic module acts as a de-censoring device that leaves no possibility to censor or divide oneself from others. To sum up, with the graphic module and all its rendered graphics that are part of the artwork, I as the artist become the sole owner of the interaction, i.e. the de-censored proximity of the participants involved.