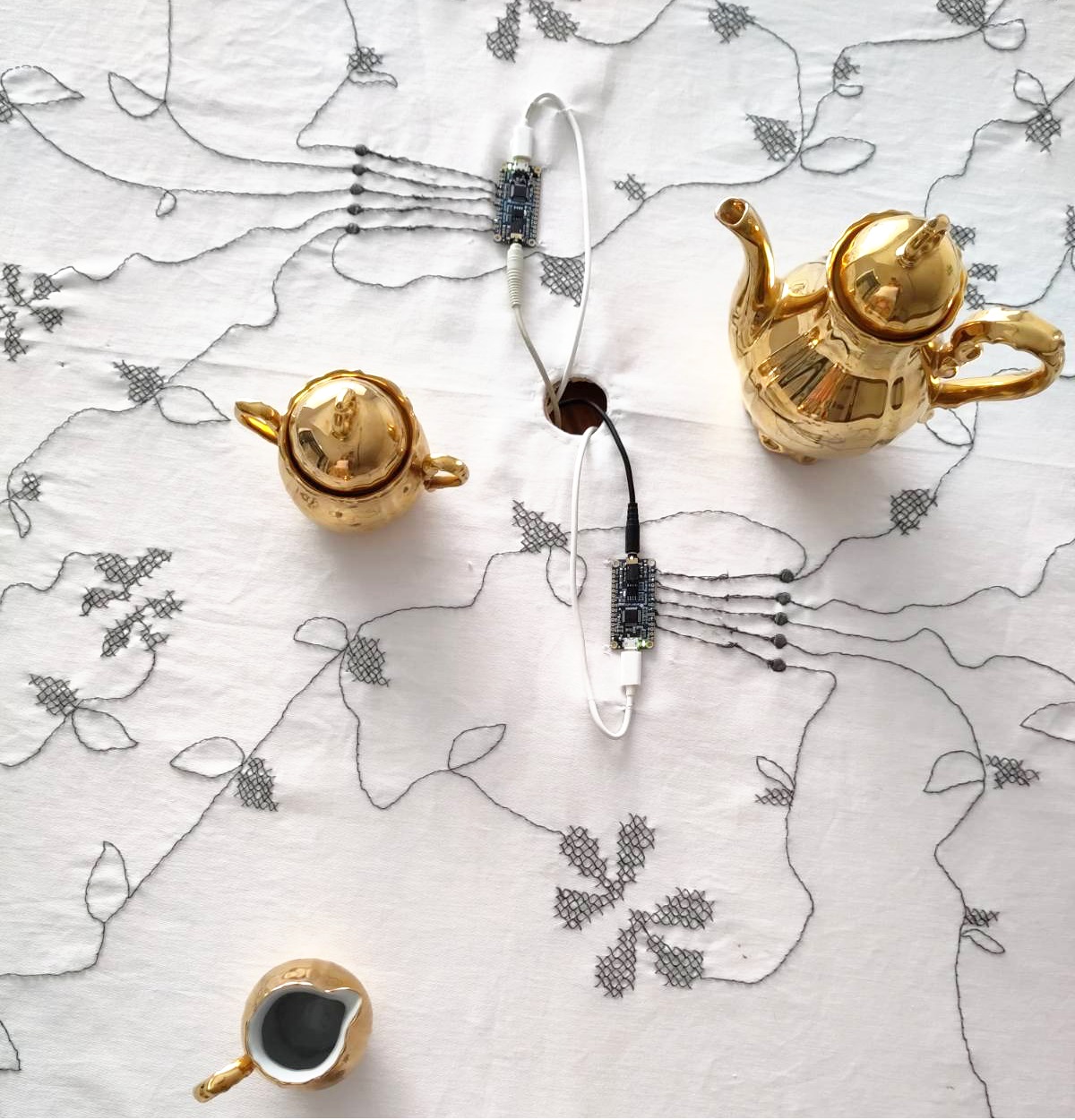 Building on the legacy of feminist Salon Culture of the 1920s we invite you to rethink the women’s coffee table gathering as a circulation of energies and potentialities that we expose through the electric circuits. We try to build these electric circuits with ecologically sentient methods and materials, reflecting on the colonial histories and presents of mining, import, consumption, and appreciation of art and hardware.

Please bring old cups with gold decoration if you find any, we will implement them into our DIY sensors.

The collective Mz* Baltazar’s Lab weaves a cooperative web of feminist Hackers. They are committed to problematizing Technopolitical interdependencies and to the process of collective search for solutions. The collective is not only a method, but also the material of the artistic debate. Forms of collective knowledge transfer that were believed to be outdated, such as a secret, a coffee party or a manual, are playfully reactivated. To remember these outdated forms but also become aware of their colonial context can inspire generative resistance.

More:
https://www.projekt-atol.si/en/workshop/coffee-table/
With:
Supported by: